The Senior Special Assistant to the President on Sustainable Development Goals Princess Adejoke Orelope- Adefulire (SSAP-SDGs) has pointed out that the ‘Decade of Action’ for the SDGs must be well utilized to achieve Agenda 2030 Global Goals.

The SSAP made the remark recently in Abuja while receiving the Global Women World Cup group  in her office.

She said in this last decade tagged the ‘Decade of Action’; nations of the world have all braced up and are doubling  their efforts to implement and achieve the SDGs. According to the SSAP-SDGs, ‘that is why President Muhammadu Buhari GCFR, promised and is working hard towards lifting out 100 million Nigerians out of poverty’, calling all hands to be on deck to realize this objective.

The SSAP-SDGs charged the Nigerian Youths to embrace integrity, be innovative and come up with strategies that will encourage and promote peace and love for one another as the nation moves to greatness; and urged all stakeholders to encourage and support them.

Princess Adejoke enjoined the Global Women World Cup Group to utilize well, any support given by the Federal government pointing out that ‘if you are prudent in managing your activities towards achieving your set goals, different organizations will get encouraged to support your cause’. She therefore reminded the Group that, for the country to succeed, issues that bind us together must continue to be in the front burner, stating that, sport is one of such tools for uniting the nation/human kind.

She pledged the support of the Office for the launch of the program and lauded the initiative of using football and sports generally to advocate for the SDGs.

Earlier in her remarks, the leader of the Group and a renown Nollywood Actress, Joke Silva, said, the visit was to share their innovative ideas of using football and sports generally to achieve the SDGs, and to as well seek better ways of collaborating with OSSAP-SDGs to achieve the SDGs.

She said the Group came to present to the SSAP-SDGs the Global World Cup of Unity, a symbol driving to achieve goals 5, 8, 16 and 17 of the SDGs; and will be presented to Nigerians in May, 2020 in achieving the goals..

She said 32 teams will participate, with each team taking a goal among the 17 SDGs, to come out with solutions and a way forward in its implementation.

She described the SSAP-SDGs as a ‘fountain of knowledge in good governance’ while seeking for OSSAP-SDGs support to achieve their cause.

The highlight of the event was the presentation of the symbolic ball to the SSAP by the Group’s leader, Joke Silva. 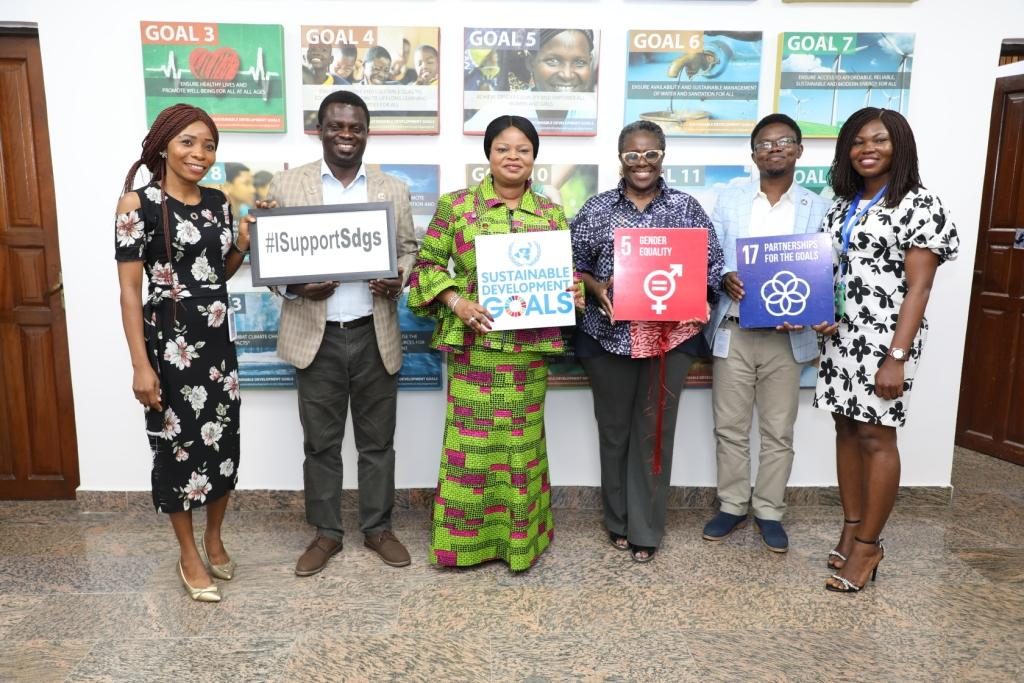 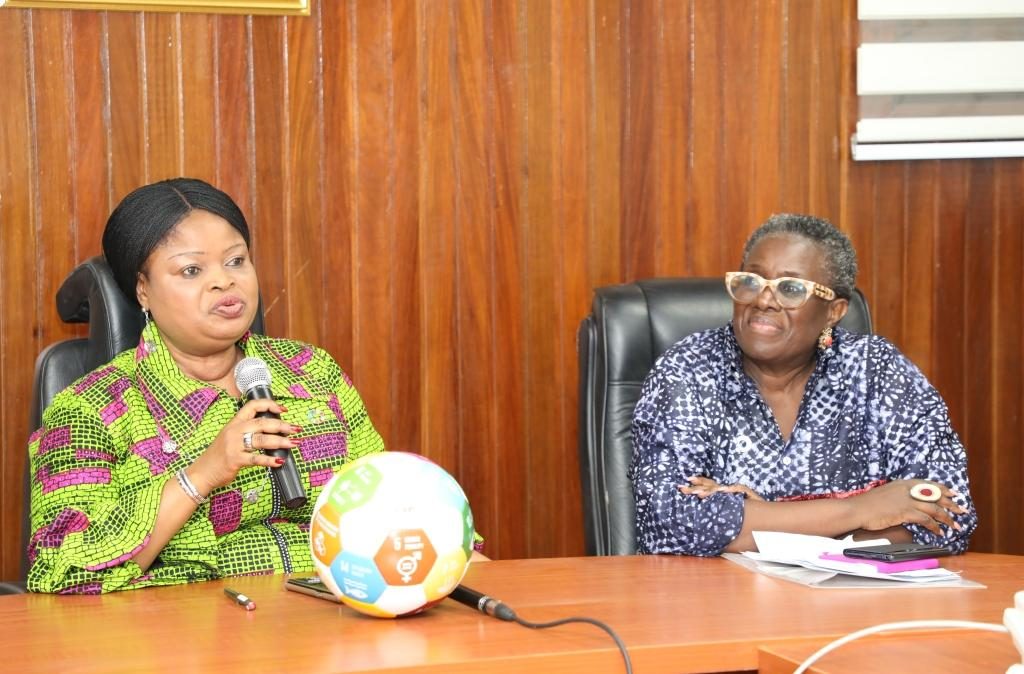 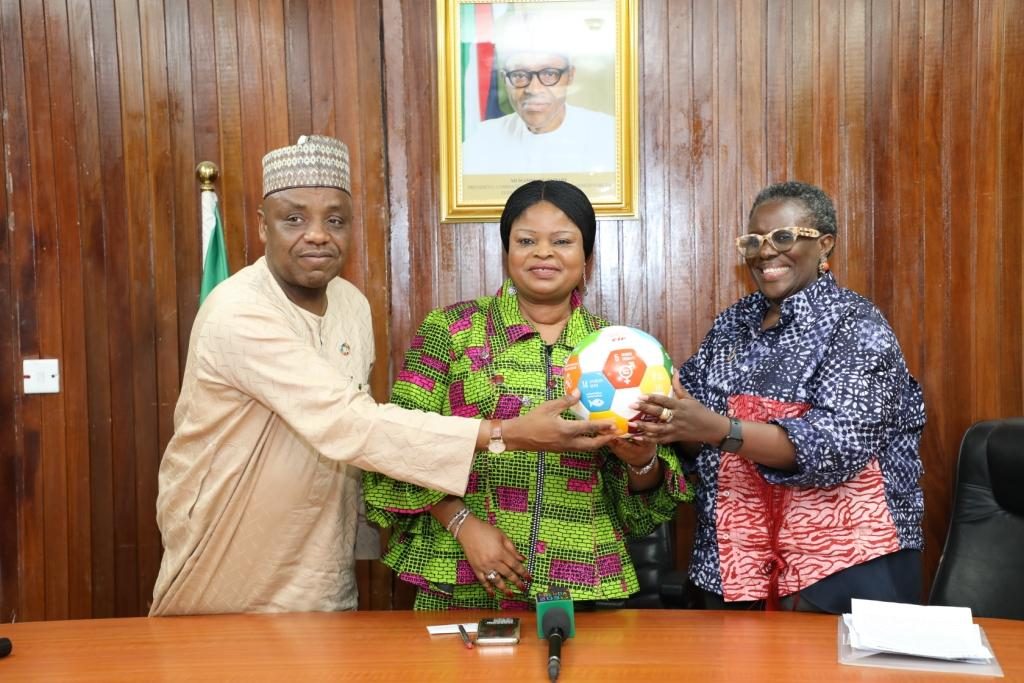 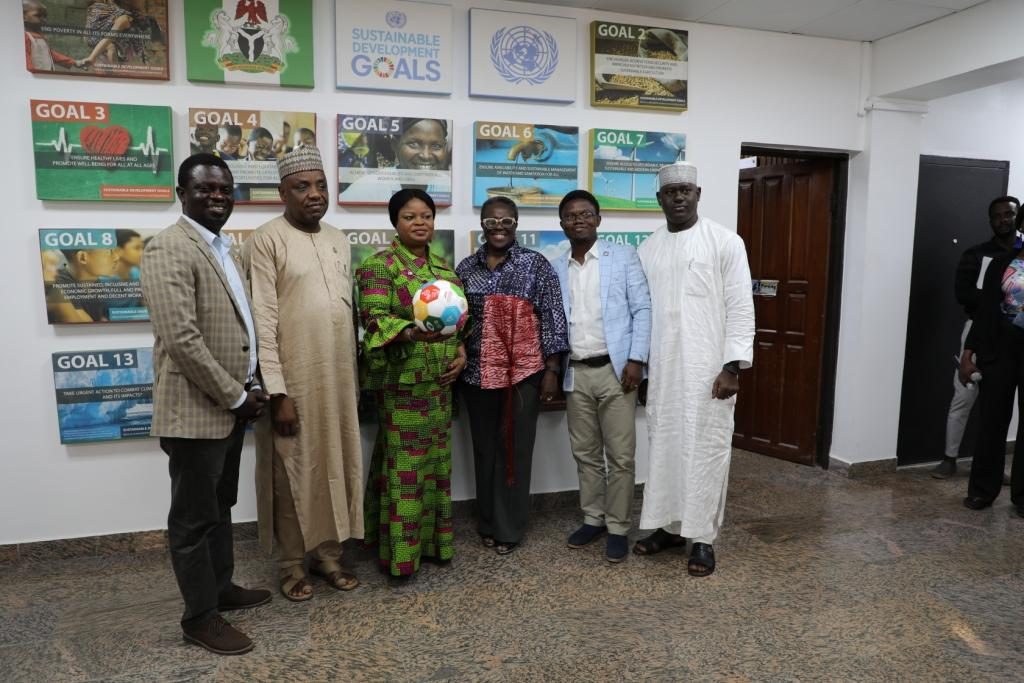