The United Nations has offered to assist the Nigerian Government to realize its developmental aspirations most especially those related to the Sustainable Development Goals (SDGs).

The UN Resident Coordinator in Nigeria Edward Kallon, made the revelation recently in Abuja, during a courtesy call on the Senior Special Assistant to the President on Sustainable Development Goals, Princess Adejoke Orelope-Adefulire.

Mr. Kallon explained that, the purpose of his visit is to explore better ways of collaboration between the two agencies in line with the recent reforms going on in the UN, which are being driven by Amina Mohammed, the Deputy UN Secretary General.

He said the UN is looking for innovative ways to come up with a robust collaboration framework that will foster a more solid and workable partnership by way of creating a platform for Nigeria to leverage on and support its developmental aspirations most especially, the implementation of the SDGs.

He noted that considering the fact that eighty-three billion dollars are needed to implement the SDGs annually in Nigeria, shows that much attention should be focused on resource mobilization from diverse sources, including the private sector.

He assured that his agency will continue to support the displaced people in the north east by making funds available to provide for their welfare, adding that the UN is targeting eight hundred and forty-eight million dollars for the IDPS in 2019.

He then called on the office to nominate representatives who will join his team to work out the conceptual framework for the partnership.

In her response, the SSAP expressed appreciation for the proposal and assured that the office will use the opportunity to fast track the implementation of the SDGs in the country. She expressed the hope that the initiative will prioritize on areas of urgent needs most especially areas related to poverty, hunger and education.

She said the offer is coming at the right time, at a time the federal government is trying hard to restore peace in the land, which according to her, is a prerequisite for any meaningful development agenda to be pursued and realized. She then urged the team to work assiduously and come up with the conceptual framework in good time for it to be possibly integrated into the administration’s development plans.

She described the involvement of the private sector in SDGs implementation as ” a good development”. 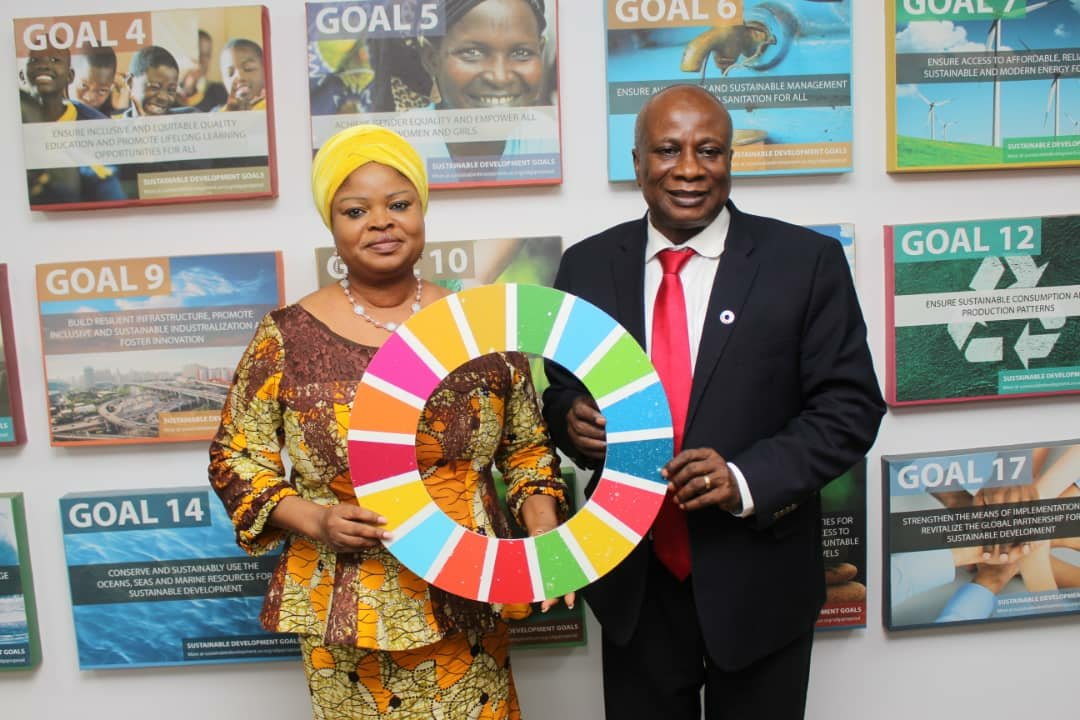 L-R The Senior Special Assistant to the President on SDGs, Princess Adejoke Orelope- Adefulire and UN Resident Coordinator and Humanitarian Coordinator in Nigeria, Mr. Edward Kallon during the later’s Courtesy visit to OSSAP-SDGS 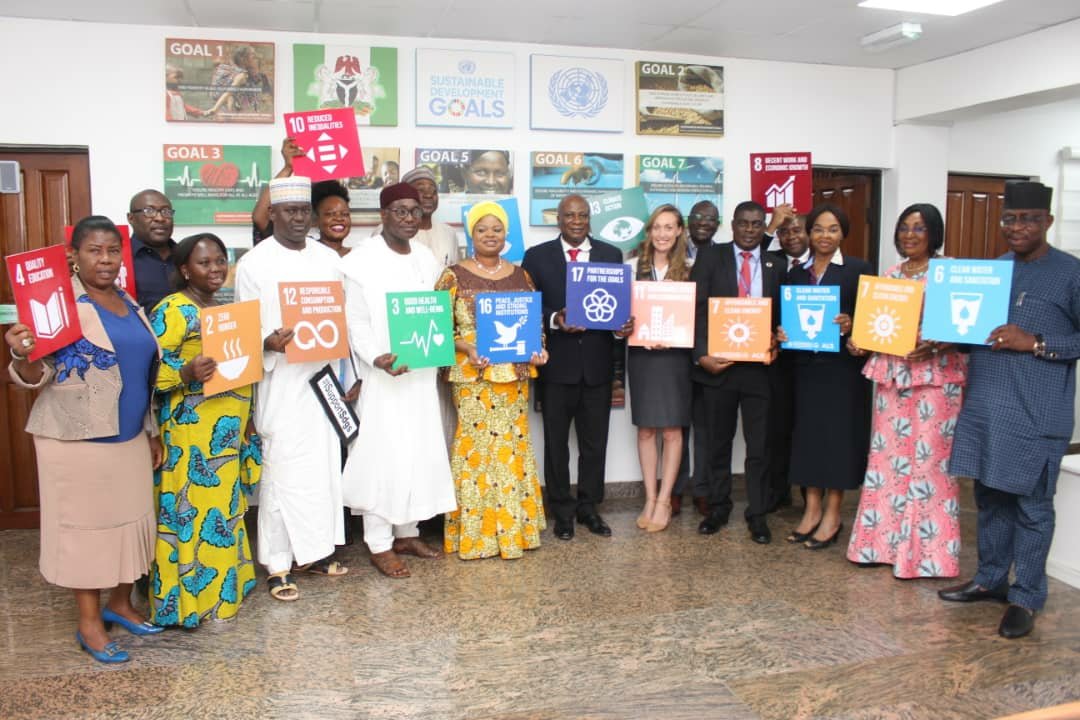 M-L The Senior Special Assistant to the President on SDGs, Princess Adejoke Orelope- Adefulire, UN Resident Coordinator and Humanitarian Coordinator in Nigeria, Mr. Edward Kallon and Entourage, other management staff of OSSAP-SDGs during a Courtesy visit by the UN team