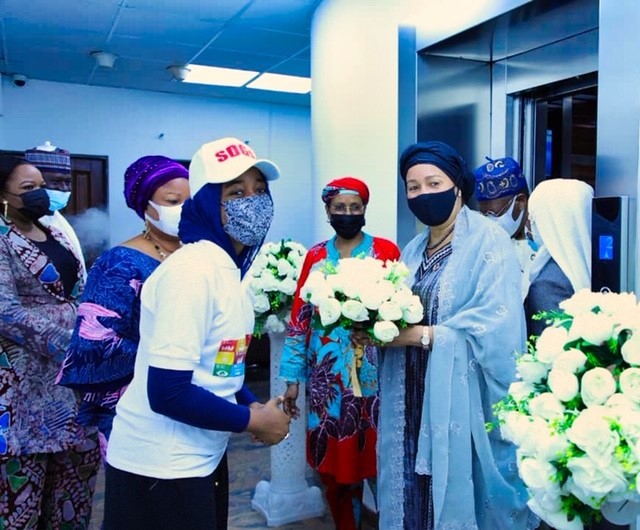 According to the DSG, “What the SSAP-SDGs has been able to do, is to build on foundations that have been laid – that’s unusual leadership. It recognises that there was history and that there are things which have been done which Nigerians are benefitting from. What the SSAP has done is to take it to a different level.”

The SSAP-SDGs described the moment as a rare privilege and full circle moment due to the significance of Ms. Mohammed, as the first occupant of the Office – in the capacity of Senior Special Assistant to the President on Millennium Development Goals. In her welcome remarks, she stated: “You were instrumental in setting a standard institutional framework, leaving a lasting legacy which aided the transition to the SDGs in Nigeria. I commend you for your incredible leadership as SSAP-MDGs; and at the global level, for your coordination efforts on the transition, as the Special Advisor to the UN Secretary-General on Post-2015 Development Planning.”

In what turned out to be double-fold celebrations, the UN Deputy Chief marked her Diamond Jubilee as she turned sixty on the 27th of June, 2021. Earlier in the same month, she had also been asked to serve for a second term alongside UN Secretary-General, Antonio Guterres. During the visit, the DSG was presented with a congratulatory letter and a plaque in recognition of her outstanding leadership and commitment to the transformative promise of the 2030 Agenda.